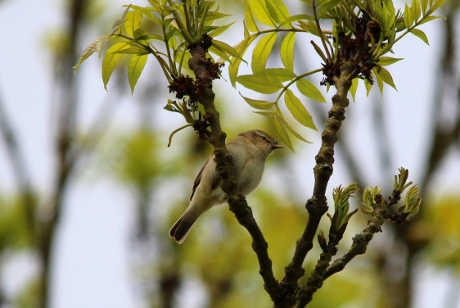 > A Chiffchaff singing high up in the tree tops at The Withey Beds.

The diversity of habitats in The Withey Beds include wet woodland, mature standard trees, swamp, marsh, drier grassland, standing and fallen dead wood, open ditches, and the River Colne. It is this diversity which provides an ideal breeding ground for migratory birds and other species, including many rare insects.

As part of the management of the site, a number of bird boxes are set up around the site, including those for woodpeckers, tits, robins and barn owls. In addition, a hibernaculum for bats has been established, where they hibernate during the winter months; some may even use it as a summer roost.

> A kingfisher perched on a branch above the River Colne.
© Richard Lee Photography

Four invertebrates which are of national importance have all been found at The Withey Beds. These are the oak jewel beetle, a soldier fly, a solitary bee, and Roesel’s bush cricket.

Soldier flies are brightly coloured small flies often associated with wetland habitat such as that found at The Withey Beds. The soldier fly found here is typical of marsh and pond edge habitats.

Roesel’s bush crickets normally have short wings, yet they are unable to fly. However, when population densities are very high, fully-winged individuals are produced which can fly great distances. Listen out between July and October and you may just hear the high pitched, continuous buzzing of the males in the distance.

The oak jewel beetle is a rare beetle which has recently expanded its range. It favours ancient woodland and pasture woodlands, where the larvae burrow in and under the bark of old and dead oak trees.

Solitary bees live on their own rather than working with lots of other bees. The adults can be seen for around eight weeks each year when they are out and about pollinating plants. Only the females can sting and they only do this when they are extremely angry. 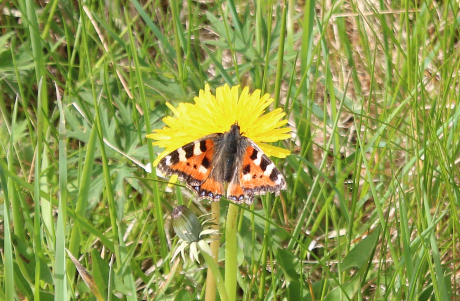 > A tortoiseshell butterfly on a dandelion flower at The Withey Beds. 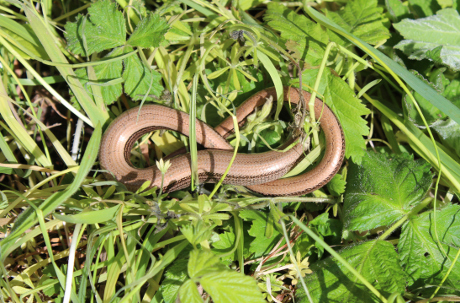 > Slow worms basking in the mid-morning sun at The Withey Beds. 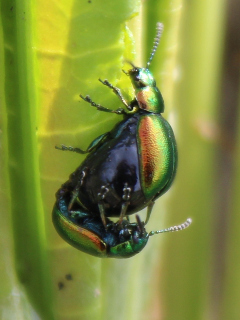 > A pair of mating Green Dock Leaf Beetles, the female with an enlarged abdomen.

> A soldier beetle on a thistle. 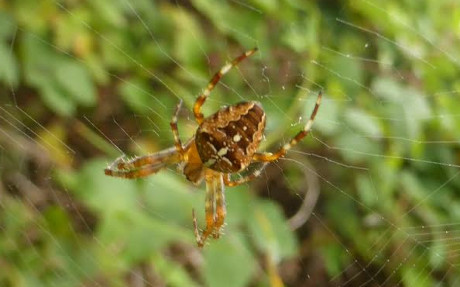 > An orb spider on its web.
© Anna Marett